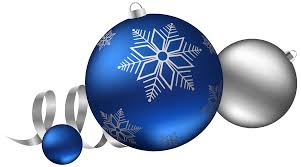 “Without ambition one starts nothing. Without work one finishes nothing.

The prize will not be sent to you. You have to win it.”

This is the last newsletter for 2019 and we would like to take this opportunity to convey our sincere thanks to all of our clients, friends, partners, suppliers and offices around the world for your amazing support and loyalty during the past 12 months. All Fracht companies in Australia have performed well and this was only possible with the help of all of you and of course our great team. The entire Fracht team wishes you a wonderful Christmas and for the New Year lots of success, happiness and excellent health. We very much look forward to continuing to provide you with outstanding customer care in 2020.

With the fact that we no longer send out Christmas cards and instead donate to a worthwhile charity, this year we have donated $1,500.00 to Rural Aid’s “Buy a Bale” campaign. This equates to 75 bales of hay that will be distributed to farmers in need across Australia. This drought appeal campaign is providing meaningful support for farmers by delivering hay and other essential items to farmers who have no feed left for their cattle.